Should I tear my eyes out now? Everything I see returns you somehow.

I thought I understood this song before. I had no idea.

Sufjan Stevens released “Carrie and Lowell” last year and I went through the usual cycles of album appreciation. Repeated listens, changing rankings of favorite songs, long considerations of where it ranked in his repertoire, and finally moving on, returning to it once in a while but trying not to listen to it ad nauseum.

Carrie and Lowell feels new now, because before now I could not begin to understand it. The above lyrics used to strike me as poetic. Now I realize: like the best poetry, it is a description of real feeling, not a metaphor. I always assumed grief would be a single swing into despair. It’s so much more complex than anything I’ve been through. Since my mom died, some days go by and I realize I haven’t felt terrible and that feels triumphant. Car rides, dinner, and the routine of finding my mom every morning to greet her, to seek her out to say goodnight, are when I most notice she’s gone. That, and every single time I look forward to something and realize that I’m not sharing it with her.

Should I tear my heart out now? Everything I feel returns to you somehow.

There are no stages of grief. If I didn’t know that was a myth already my experiences would have confirmed that anyway. Clearly delineated stages are far too neat to resemble life. At times “The Only Thing” is the only song- not just on this album, but ever sung- that feels true. But the disorienting haze of grief inevitably dissipates. I move on. And I will return to it, and then move on again. Grief has no stages. It’s not a path, but a whirlpool.

Should I tear my eyes out now, before I see too much?

Should I tear my arms out now, I wanna feel your touch

My mom died four weeks ago today. “Surrounded by her family” is how the obituary reported it. Obituaries typically attempt to paint death as something resembling idyllic. But the truth is, the last few hours of my mom’s life will haunt me forever. There is no softening that trauma; there is only not allowing it to paralyze me. The most vivid and difficult part of grieving for me has been realizing that there are no true comforts when someone you love dies. The best I can do is move on, and to be there for my family.

There’s another Sufjan Stevens song I’ve been thinking about and listening to a lot lately. It has nothing to do with death. It has everything to do with memory. The horror of the memories of my mom’s death are countered only by memories of her life. “The Only Thing” is the truth of grief. “The Predatory Wasp of the Palisades” is the truth of memory.

Yes, it’s about children at a summer camp and first love and heartbreaking nostalgia and it has nothing to do with anything in my life. In the past I’ve always loved it for its sheer beauty.

But it’s the one song right now that truly comforts me. It is about feelings and moments and fragments of time long ago, so vividly rendered that I can place myself in them. And that is what I cling to. Someday the dark cloud, still so thick after four weeks, will dissipate enough that I will feel again the sunlight on the days I walked with my mom to the Dairy Queen in San Diego as a child, the evenings spent listening to her stories of growing up in the Philippines, of sharing our love of stories and telling them as I followed her footsteps into journalism school. Someday I will tell those stories myself, and if I can find a shred of the clarity and honesty that this song has, I can make sure my mom’s story continues to be told. Perhaps not today. Four weeks later, the sadness still sits heavily. The trauma, the horror, are still raw. But someday. Never trust anyone who says words don’t matter. Words have the ability to bring memories to life like nothing else. And my memories of my mom are what I have to hold onto right now. Someday, I will do them justice. That is my source of light.

The vicious catharsis of Green Room

Lately I’ve been avoiding entertainment. So much reminds me of when my mom was alive. A week and change ago I saw a bottle of iced tea in the fridge that I had purchased for her. It set off waterworks.

New stuff is also hard to get into. I simply haven’t been in a good emotional place for movie watching. I watched Captain America 3: Civil War twice for its escapism. I saw Zootopia and enjoyed it for the same reason. I saw Green Room the other day for pretty practical reasons. It’s an indie film that was likely leaving theatres this week. I’d wanted to see it for some time. I love scary movies, and I loved Jeremy Saulnier’s first film, Blue Ruin. This was probably my last shot at seeing this movie in theatres.

I showed up at the theatre, got my popcorn and a blue raspberry Icee, entered the theatre and proceeded to almost have an anxiety attack right there as I took my seat. My anxiety has been through the roof since my mom died. It flares up unpredictably. The theatre was totally empty, had just gotten dark, and the trailer for The Conjuring 2 was playing, very loudly. I almost ran out of the back of theatre. Instead I went to the lobby, took deep breaths, and took a sip of my drink. I saw a young couple walk into the theatre. The thought of Green Room as a date movie amused me. That tiny shift into amusement, and not being alone in the theatre any more, just sharing a space with other people, calmed me down. I went back in, took my seat, and the movie began.

I’m not in a mental place right now to give this movie the proper review that it deserves. It is a sensational thriller. Tight, technically splendid, well-acted. All meat and no fat. When it was over, I was startled at how calm I felt. This wasn’t for the movie lacking intensity. Rather, I’d finally found an outlet for rattled nerves.

In tough times I’ve often found my outlet in expressive, fanciful fiction. I love horror. I also love science fiction, animation, video games, and musical theatre. Green Room is not the sort of escapism I’d think I would be drawn to in a time when the most overriding feeling in my day to day life is intense sadness, but here it was and so was I.

My favorite escapist entertainment engages and overwhelms my senses. My biggest escapes are less with movies that allow me to turn my brain off than those that don’t let my mind wander. This can happen in a number of ways. Mad Max: Fury Road was such an staggering experience that it propelled me out of my head and into the present like no other movie I’ve seen: there was no room left for thought beyond what was unfolding in front of me. Green Room isn’t such an overload. However, it engaged my anxiety in a way that few thrillers like it ever have.

Horror films aren’t usually so thorough and meticulous in their buildup. Opening scenes are usually perfunctory, the necessary steps to get to the action. Green Room presents an anxious person’s nightmare. It shows a fairly normal day for normal people suddenly turning into cold terror. It actually goes through the motions of a fairly typical day for a punk band, touring and living in an old van. Slogging through an interview for a college radio station. Muscling through a terrible gig. Taking another gig at a sketchy as hell location because they need the money. Realizing that the location is full of white supremacists, putting their heads down, and playing on but making sure to play an anti-Nazi song while they’re at it. The first half of the film could come right out of a punk rock band’s biography. And then, a wave of swift, remorseless violence. It all unfolds so indiscriminately, so randomly. I’ve had nightmares that resemble this movie; they’re the worst kind, that are so grounded in a sense of possibility that they are the hardest to shake when I awake.

As I said, I’m not in a place to give Green Room the review I’d like to, though I have a feeling it’s going to be high on my list of my favorite films of the year. I have no idea how others will feel about this film. It is certainly too grim and vicious for many. My feelings about the film, right now, are entirely about how it made me feel moments removed from an anxiety attack, weeks removed from the worst day of my life, and temporarily interrupting the routine of grief I’ve been working through since. Green Room didn’t really provide escapism, not the way the buoyant cheer of Zootopia and the action and broad pathos of Civil War did. Green Room trapped me, confronted me with some of my worst fears, and left me feeling exhilarated when I walked out of the theatre, having stared them down and not let them get the better of me. In a time when it hurts to feel much of anything, that was a thrill that I had missed. 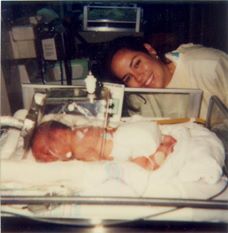 You never gave up. You always fought. It was second nature to you. You had no time for complaining. Complaining was wasting time that could be spent problem solving. You never, ever stopped looking for solutions.

You moved to the United States from The Philippines in a way that you absolutely would: getting off of your college chorus tour bus and simply not getting back on.

You nearly left us 11 years ago. Your doctors said you should have. There wasn’t much explanation for your surviving a stroke, pneumonia, and heart failure. But you survived. Your entire body conspired against your spirit, your life, and you fought back and won. When you could talk again you told us: you weren’t going to leave us, not then. Not while you could fight.

You always fought for your children. You listened to us, trusted us because you raised us to be honest and worthy of your belief. As I grew up I was astonished by how many people didn’t have that. With you it was never a question: if we needed someone to fight at our side, you were always first in line.

I know you fought until the end. I know that if you could have fought your illness any more, you would have. I know that your soul has an eternity’s fight in it. Eventually, cancer would no longer let your body keep up. But you never stopped stopped fighting. You let us know that, in your final words. Cancer didn’t win, mama. It could never conquer your spirit. Your spirit will continue to fight for our family, for us, and through us. We will continue your fight for you.